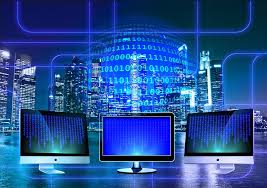 To say that virtual desktop infrastructure (VDI) is making a comeback would be a bit of an overstatement. Of course, the technology has come a long way since the 1960s, when pretty much everyone using a computer worked in virtual sessions akin to terminal services such as Citrix Systems’ XenApp and Microsoft Windows Server Remote Desktop Session Host (RDSH).

Today, there are three main flavors of VDI, desktop virtualization or remote desktop: Terminal services, persistent desktops from VMware and Citrix — who collectively own 90 percent of the market — and non-persistent desktops that include a stored user profile. (The term “VDI” refers to all three flavors and their associated infrastructure.)

Persistent desktops represent an image of the user’s PC stored in the data center. This is the Cadillac of VDI rollouts, meaning it’s the most expensive and infrastructure-intensive, but it’s also the most desirable from a user point of view.

← Three technologies that could demolish slow internet Technology Business Management: The Four Value Conversations CIOs Must Have With Their Businesses →