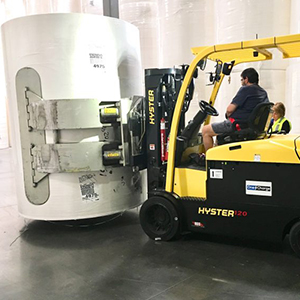 “The challenge to creating a competitive and sustainable battery manufacturing industry in the United States is immense, and the country needs to move fast.” U.S. DOE “National Blueprint for Lithium Batteries,” 2021

As the world turns away from fossil fuels to embrace clean energy sources and combat climate change, lithium battery technology is becoming increasingly important to the competitiveness of the U.S. and other countries around the globe.

Should China decide to throttle supply or dramatically raise prices, this would hurt the U.S. transportation and logistics sectors, which are quickly adopting lithium battery-powered electric vehicles.

To counter this threat, the Department of Energy is recommending a host of measures intended to bolster domestic supplies of raw materials and increase the country’s lithium refining and battery manufacturing capacities. However, the scale of real actions is far below what’s needed to even start to catch up with China.

U.S. automakers are investing billions in new battery manufacturing plants to ensure capacity for their new passenger electric vehicles (EVs), but other segments, like industrial vehicles, are not.

Even so, it will take years for these facilities and policies to produce enough batteries to meet domestic demand.

The U.S. lagged behind China by 511 GWh/year in 2020, and given the current trend,  will lag behind China by over 1700 GWh/year in 2025. The investment of $1 billion in manufacturing yields an output of roughly 10GWh per year. Incremental investments in U.S. battery production to catch up with China will require $175 billion in the next three years.

A strong, concerted national response that puts the U.S. on the path to battery independence is needed now.

← SailGP And 5G: A Winning Combination